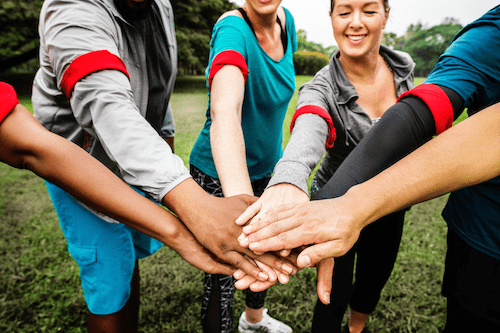 The Boys & Girls Club of Hawthorne has been committed to serving the youth of the greater Hawthorne area since our doors opened in 1942 as the Hawthorne Boys Club.  On April 21, 1947 the Club received its official charter from Boys Clubs of America.  Since that time, the Club has continued to grow membership enrollment each year.  In 2016, the Boys & Girls Club of Hawthorne registered over 1,700 members ranging in age from preschool age to teens.  One of the Club’s proudest attributes is the high percentage of retention of our children.  Members who have started in the Club’s preschool program tend to stay actively involved in Club programs through their teen years.

The Boys & Girls Club of Hawthorne offers a wide range of programs at two separate units, serving youth in Hawthorne.  The two units are The Gene Meyers Clubhouse, our organization’s main unit and corporate offices, and CLUB 150 at Lincoln Middle School. Programs include before & after School programs, a state licensed and accredited preschool center, summer camp, athletics, an array of social recreation programs and activities, teen programs and programs that serve youth and teens with special needs.

Our Club provides the services and programs to help boys and girls make positive life choices.  From education and career programs to health and life skills, our staff and volunteers help inspire youth by providing an opportunity to belong, succeed and serve their community.

Throughout the years, the Club has completed three major renovations to better serve the needs of the community.  During 2000, the Club constructed a 6,800 square foot second story addition to house its Positive Place Preschool.  The addition featured 5 large classrooms, serving over 125 preschoolers.  In 2008, the Club built a second addition to the main Clubhouse, a 3,000 square foot Teen Center.  During the fall of 2015, the Club purchased the property adjacent to the main building with a vision of creating an additional space to serve more preschool age members.  That residence was demolished as the new John A. Pasquale III Early Childhood Learning Center was open to the public in December, 2016.  The new preschool center serves 55 young members from ages six weeks old to two years of age.

In 2017, the Boys & Girls Club of Hawthorne celebrated its 70th year of service to our young people and families.  In this time, the Club has been a revolving door for tens of thousands of young people who have benefited from the much needed programs and services we have offered our community.  Staying actively involved in our Club has transformed friendships between members, built bonds between members and staff or volunteers and have helped keep our youth on the right track to stay in school with proper grade progression and to continue to live a strong, healthy lifestyle now and for the rest of their lives.  We, and Boys & Girls Clubs around the globe, truly change the lives of the children we serve.